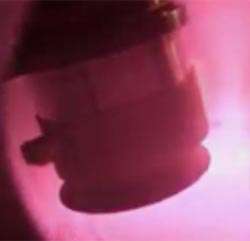 Sputtering and Thermal Evaporation are two of the most common Physical Vapor Deposition PVD Thin Film Coating process techniques. Performed in a high vacuum environment, these methods are at the heart of the semiconductor, optics, photonics, medical implant, high performance auto and aero industries.

“Co” means mutual, common – more than one. Co-Sputtering and Co-Evaporation means more than one coating material being applied to a substrate that allows for the creation of a wide range of new and remarkable compositions and alloys with unique and amazing qualities not possible without this rapidly expanding thin film technology.

Co-Sputtering is where two or more target (or “source”) materials are sputtered, either at once or in sequence in the vacuum chamber, and is often used with Reactive Magnetron Sputtering to produce thin films that are combinatorial such as metal alloys or non-metallic compositions such as ceramics.

It is widely used in the optical and architectural glass industries. By utilizing Reactive Co-Sputtering of two target materials such as Silicon and Titanium with dual Magnetron Sputtering, the refractive index or shading effect of the glass can be carefully and precisely controlled on applications ranging from large scale surfaces, like architectural glass, to sunglasses. It is also widely used producing solar panels and displays. The applications for co-sputtering continue to grow every day.

Co-Sputtering uses more than one cathode (typically two or three) in the process chamber where the power to each cathode can be controlled independently. It can mean both having multiple cathodes of the same target material operating at the same time to increase deposition rates, or it can also mean combining different types of targets materials in the process chamber to create unique compositions and properties in thin films.

In this way, Reactive Co-Sputtering has enabled the creation of thin film coatings on glass and other materials with customizable or graded indexes of refraction – including even coatings that change the reflective characteristics of the architectural glass as the sun grows stronger or weaker.

Co-Evaporation is a thermal evaporation process that can have advantages or disadvantages compared to Co-Sputtering, depending upon the specific application, that’s best understood by defining the fundamental differences between evaporation and sputtering PVD coating processes.

With Co-Evaporation, the coating materials are heated in a high vacuum chamber until they begin to evaporate or sublimate. This is achieved by the source material being heated and evaporated either out of a resistive filament boat/wire basket or from a crucible using an electron beam. To achieve a high degree of uniformity with thermally evaporated thin films, the substrate to be coated is often manipulated by rotating it on either one or two axis within the deposition chamber.

Common applications of Co-Evaporation thin films are with metalized coatings on plastics, glass or other substrate material that provide a high degree of opacity and reflectivity, telescope mirrors, and solar panels.

Solar Panels based on Cu(In,Ga)Se2 (CIGS) have achieved the highest record efficiencies among thin film solar cells with a record efficiency of over 20%. The key to this success is the 3-stage Co-Evaporation process which results in an in-depth double Ga gradient with an increased Ga concentration leading from both the front and back surfaces of the thin film deposition. These are the type of stoichiometric efficiencies Co-Evaporation processes are delivering in the real world making a greener, cleaner, more energy efficient world that is rapidly expanding into the future.

Comparison of Co-Sputtering and Co-Evaporation

The energies involved in thermal evaporation processes on the other hand is dependent upon the temperature of the source material being evaporated, and so usually considerably lowers the numbers of high-speed atoms – reducing the possibility of damaging the substrate

Matt Hughes is President of Semicore Equipment Inc, a leading worldwide supplier of sputtering equipment for the electronics, solar energy, optical, medical, military, automotive, and related high tech industries. Please let our helpful support staff answer any questions you have regarding What is Co-Sputtering and Co-Evaporation? and how to implement the best techniques and equipment for your specific Co-Sputtering Equipment and Co-Evaporation Equipment needs by contacting us at sales@semicore.com or by calling 925-373-8201.