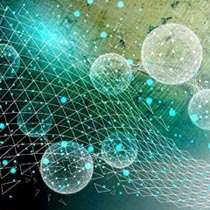 Pre-cleaning of substrates before PVD coating is an essential first step of surface preparation for thin film deposition by removing contaminants such as oxides, hydrocarbons and water molecules, and to make for good adhesion of deposition layers and be certain the coatings perform defect free.

One critical reason for pre-cleaning just prior to deposition is to remove the native organics (primarily oxidation) that form a barrier layer on the substrate surface just from being exposed to regular atmosphere. Even as little as a couple nanometers of this natural barrier layer will prevent proper adhesion or effect the conductivity of the layer stack which is absolutely critical for semiconductors.

Many substrates coated with PVD were initially created by a machining or casting process that leaves lubricants from the molds. Substrates can also accumulate microscopic particles or factory-born residues during storage.

Weak bonding is usually the result of contaminants on the surfaces being coated. Strong adhesion is particularly important for high performance, high stress depositions like Diamond-Like Carbon (DLC) because they tend to fail peeling apart at surface boundaries.

Clean surfaces are critical for good PVD coatings that perform to high specifications. Impurities can dramatically affect the reliability of the electrical properties of semiconductors. For many applications such as optical thin films like sun glasses or architectural glass even relatively minor contaminants can create major problems in the reflective or transmission qualities of the finished product. 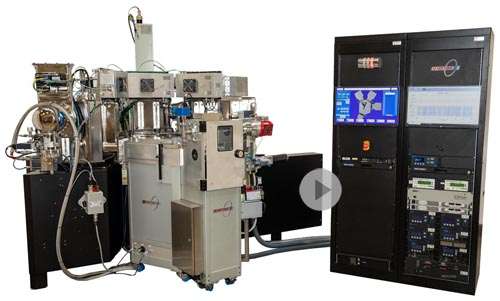 Etching is a surface preparation used for cleaning and roughening surfaces for better adhesion which can be applied both initially to the substrate surface as well as between deposition steps for better toughness. By changing the surface morphology and surface area, etching results in a better interlocking of the deposited material with substrate and thin film surfaces, making for stronger adhesion and toughness of high stress, high performance PVD coatings. Etching can also make for better bonds by cleaning and roughening surfaces between deposition stages by removing cross contaminants.

There are a variety of pre-cleaning and etching methods which can sometimes result in these words being used interchangeably depending upon the specific process. Etching is frequently referred to as cleaning — but not all cleaning processes etch.

Etching processes generally fall into two broad categories of wet etching involving liquids and solvents, or dry etching also known as plasma etching. The two methods are frequently combined with a chemical first cleaning to remove most contaminants followed by a second plasma cleaning once inside the deposition chamber. The best approach depends upon the materials being coated and the specific contaminants.

What is Wet Etching?

Wet etching usually involves baths in solvents or alkaline and aqueous solutions being applied to the surfaces, and is frequently combined with ultrasonic cleaning for best results. Because wet etching involves liquids it is usually done in a separate etching machine than the PVD deposition chamber.

Wet etching is widely used with steel and high-performance metal components. The disposal of the chemicals used with wet cleaning have environmental impacts that must be given full consideration.

What is Dry or Plasma Etching?

Dry etching is performed with plasma rather than liquid etching fluids. The equipment set up is very similar to or can be the same as sputtering equipment.

Plasma etching works like sputtering, but in reverse. Rather than sputtering a material onto the substrate where the source material comes from the cathode (with the voltage potential) and is deposited on the substrate (which is the anode in the circuit), the substrate becomes the cathode and the impurities that reside on its surface are sputtered off.

This can be done to just remove the impurities, or go slightly past this layer to create the desired surface morphology in the underlying prepped surface, promoting better adhesion of the deposited film that follows.

Prior to deposition a bias is applied to the substate in the presence of a low-pressure gas which creates a plasma in the vicinity of the substrate surface. This plasma can be used in a variety of methods to clean, oxidize or make coarser or smoother the surface of the substrate for better adhesion and reliability of the deposition.

There are generally two types of dry etching: RF plasma etching conducted in the standard microwave range of 13.6MHz; and Hydrogen Gas plasma such as Ar + H2 which helps to lower operating voltage and better cover difficult shaped surfaces. Both are widely used in the electronics field.

Most commonly, RF is used to excite the gas and utilizes high speed pulses of plasma to etch the surface. Sometimes, this can be achieved using DC, albeit at a lower plasma density usually.

What are the Advantages of Plasma Etching?

Plasma etching is a preferred application for many types of applications because: 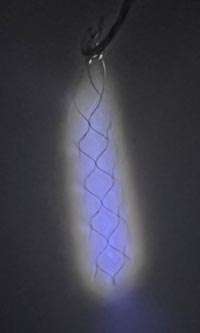 Several technologies exist for pre-cleaning and etching that have advantages and disadvantages with each.

RF Glow Plate   Has the advantages of using relatively low energies and so has the least chances of doing physical damage to a substrate removing contaminants. A limitation with RF glow is that current voltage and process control cannot be independently controlled except within a limited range.

Gridded Ion Sources   Compared to glow discharges, ion sources are higher energy and have the ability to accelerate ions with electromagnetic or electrostatic forces. Ion sources allow for higher impact plasma etching and the control of current and energy independently over a much wider field. Gridded ion sources are frequently used for oxide etches where an entire oxide layer needs to be removed.

A limitation of Gridded ion sources is that they are complex and require a lot of maintenance for production equipment due to the lifetime of the grids and electron sources, and substrates frequently require cooling.

Gridless Ion Sources   Having fewer parts and reduced maintenance replacing electrodes, gridless ion sources have an advantage of being able to utilize a broad range of ion energies of varying intensities making it an easily scalable technology. It can be used on temperature dependent substrates such as polymers and plastics. It offers a relatively low investment and low operating cost solution for many thin film applications.

A limitation of gridless ion sources are they are not applicable for oxide etches.

What does “Clean” Mean and How is it Measured?

Water Contact Angle (WCA) is a common method of measuring cleanliness by examining the degree to which water droplets ball or spread out on a surface due to the removal of contaminants which increases the surface energy. This method can be highly effective detecting defects not even visible under high powered microscopes.

The tensiometer measures the degree to which the water droplets have steep walls balling up or low walls spreading out which indicates how clean the surfaces are.  The lower the wall angle, the cleaner the substrate is.  This enables the creation of a more bondable adhesion due to the enhanced surface energy without contamination of the substrate and resulting deposition.

Choosing the Best Method for Your Application

Several considerations come into play determining your best solution. The type of deposition on what type and how large of a surface, how sensitive the substrate surfaces are to damage from temperature, the depth of cleaning and etching required, and of course your budget is what determines the best method for you.

For example, whether you are etching oxides or need to remove an entire layer of oxide can make a difference between a grid or gridless setup. Optical deposition can range in surface areas from sunglasses to architectural glass but both require very exacting specifications to work.

Many electronic components are relatively temperature delicate, requiring lower levels of energy provided by glow plates to prevent heat damage from higher energy ion sources. The depth of cleaning required can make the difference between the bombardment intensity and duration of time required for etching critical calculations. Higher energy processes are usually more complex and have higher costs.

Scalability can be a major factor for many purchases.

Bottom line budget considerations are always an important part of any cost analysis with some processes sometimes having a higher initial equipment investment but result in lower production costs over time. The best method for your application is usually some trade off between all of these factors, realizing that bottom line final costs are usually the final deal maker or deal breaker consideration.

Good PVD coatings depend upon clean surfaces. Product failures most often result from contaminants that negatively affect the adhesion between the surfaces to be coated.

Many if not most of the biggest film adhesion problems can usually resolved with pre-cleaning, heat (for water drive off) or both. Cleaning and adhesion testing of the cleaned surfaces for quality control is an essential and often underestimated component of successful PVD coating.

Matt Hughes is President of Semicore Equipment Inc, a leading worldwide supplier of sputtering equipment for the electronics, solar energy, optical, medical, military, automotive, and related high tech industries. Please let our helpful support staff answer any questions you have regarding Pre-Cleaning & Etching for PVD Coatings and how to implement the best techniques and equipment for your specific Sputtering Systems and Evaporation Systems needs by contacting us at sales@semicore.com or by calling 925-373-8201.

RF or Radio Frequency Sputtering is the technique involved in alternating the electrical potential of the current in the vacuum environment at radio frequencies to avoid a charge building up on certain types of sputtering target materials, which over time can stop the discharge of sputtering atoms terminating the sputtering process… Read More

High Power Impulse Magnetron Sputtering or HIPIMS utilizes a very high voltage, short duration burst of energy focused on the target coating material to generate a high density plasma vapor that results in a high degree of ionization of the coating material in the plasma… Read More