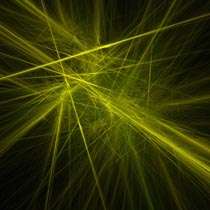 Plasma Enhanced Chemical Vapor Deposition (PECVD) is a low temperature vacuum thin film deposition process with a very strong position in the semiconductor industry due to its ability to apply coatings on surfaces that would not be able to withstand the temperatures of more conventional CVD processes.

It is this precursor gas driven chemical reaction, which is deposition from a gas to a solid state as a thin film on the surface of the substrate, that defines the CVD process. Compare this to physical vapor deposition (PVD) processes, that are driven by sputtering or evaporation of physical particles.

A plasma is a gas where a high percentage of the atoms or molecules are ionized that is usually created using radio frequency (RF) current, but can also be performed with alternating current (AC) or direct current (DC) discharge activated by energetic electrons between two parallel electrodes.

A vacuum-based process, PECVD is usually performed in pressures <0.1 Torr, allowing for relatively low substrate temperatures of room temperature to 350°C. By utilizing plasma to provide some of the energy for these deposition reactions to occur rather than having to heat the substrate to such a high degree to drive these reactions, PECVD enables substrates to be coated at lower temperatures with less stress to the thin film interfaces which allows for stronger bonding.

What are the Advantages of PECVD? 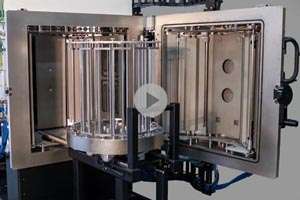 While standard CVD temperatures are usually conducted in 600°C to 800°C, PECVD temperatures range from room temperature to 350°C, which enables successful applications in situations where the higher CVD temperatures could potentially damage the device or substrate being coated. By operating at a lower temperature, it creates less stress between thin film layers that have different thermal expansion/contraction coefficients. This allows for high-efficiency electrical performance and bonding to very high standards.

Because CVD is a diffusive gas driven process, it allows for better coverage on uneven surfaces such as trenches or walls with relatively high conformity. Alternatively, PVD coatings are a line-of-sight deposition and therefore can result in more variance in thin film depth if irregularities shield areas from coating. To a great extent, PECVD reduces the line-of-site issue for high conformity of thin films because the plasma stream can surround the substrate.

By varying the parameters of the plasma, excellent control of the material properties can be achieved including density and hardness, purity, roughness, or the refractive index of optical films. PECVD yields some of the fastest deposition rates while still maintaining high film quality.

PECVD can produce unique compounds and films that cannot be created by common CVD techniques alone, and produce films that demonstrate a very high solvent and corrosion resistance with chemical and thermal stability.

What are Common PECVD Applications? 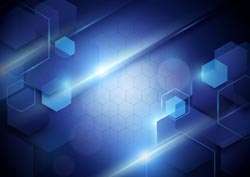 Widely used in the semiconductor industry to fabricate integrated circuits, PECVD has many applications in the photovoltaic, tribological, optical and biomedical fields.

Silicon dioxide and silicon nitride are dielectric, meaning that they insulate compounds commonly used in the micro-electronics industry to isolate multiple conductive layers and capacitors. They are also commonly used to encase devices to protect them from outside contaminants and humidity.

PECVD is a key deposition technique used in the manufacture of solar cells and photovoltaics. Its versatility allows it to be applied evenly on relatively wide surface areas like solar panels or optical glass where the refractive quality of the optical coatings can be very finely tuned by altering the plasma for an extremely high degree of process control.

The ability to produce homogenous organic and inorganic polymers over large surfaces has made it widely used in the food packaging industry for uses such as potato chip bags. By producing very dense, inert coatings with an extremely high degree of purity, PECVD has many biomedical applications for medical implants.

Diamond-like Carbon (DLC) is also deposited with PECVD for many tribological applications, where wear resistance and lubricity for low friction are important considerations.

Precursor gases such as silane (SiH4) and ammonia (NH3) are typically mixed with inert gases such as argon (Ar) or nitrogen (N2) to control processes. These gases are introduced into the chamber via a shower head fixture over the substrate that helps to spread the gas more evenly onto the substrate.

The plasma is ignited by electrical discharge (100 – 300 eV) between the electrodes, creating a glowing sheath around the substrate that contributes to thermal energy driving the chemical reactions.

These reactions first occur in the plasma as a result of precursor gas molecules colliding with highly energized electrons which then, via gas flow, travel to the substrate where they react and are absorbed on the substrate surface to grow films. The chemical bi-products are then desorbed and pumped away, completing the deposition process.

Higher gas flow rates can yield higher deposition rates, which along with operating temperatures, control properties such as thickness, hardness or refractive index. 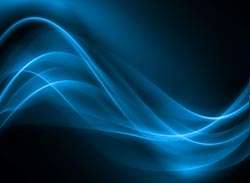 A capacitively coupled plasma is the simplest and most common method which is essentially two parallel metal electrodes separated by a small distance. One electrode is connected to the RF power supply and the other is grounded. The substrate then develops a bias potential. This configuration acts similarly in principle to a capacitor in an electric circuit, and the plasma formed by this method is called a capacitively coupled plasma.

An inductively coupled plasma (ICP) is a type of plasma source where the energy is supplied by electric currents which are generated by electromagnetic induction. These time-varying magnetic fields create current produced by a transformer or coil.

What are Other Types of PECVD Plasma Sources?

For large area industrial PECVD coating systems, mid-frequency AC and pulsed DC are used to drive a plasma either on two parallel electrodes or directly on the substrate itself. A typical application is the deposition of SiOx onto parts for corrosion and hydrophobic coatings, using two electrodes and a high voltage mid-frequency AC discharge to drive the PECVD process. For DLC coatings, a pulsed DC bias is typically applied to the parts themselves. This creates a plasma around the parts causing DLC to be deposited from acetylene or other hydrocarbon gases.

What are the Types of PECVD Equipment? 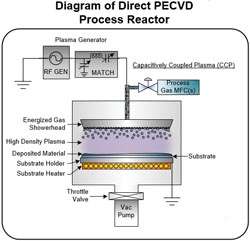 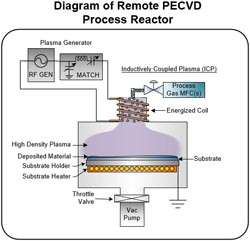 Reactors that use the capacitively coupled plasma method are known as direct PECVD reactors because the plasma is created in direct contact with the substrate attached to one of electrodes in the deposition chamber. The main disadvantages of this approach are that the substrate can be damaged due to direct bombardment by ions and contaminants from the electrodes as they erode.

Reactors such as Semicore’s SC8600 Coating System, that use an inductively coupled plasma source, generate the plasma on the side of the deposition chamber and therefore, are called remote PECVD reactors.

High Density Plasma Enhanced Chemical Vapor Deposition (HDPECVD) occurs in deposition equipment utilizing two power sources. One is a capacitively coupled plasma for bias power in direct contact with the substrate, while the other is the inductively coupled plasma as the source power for the external generator. The source power drives a more efficient breakdown of precursors which allows for higher plasma density and reaction rates. 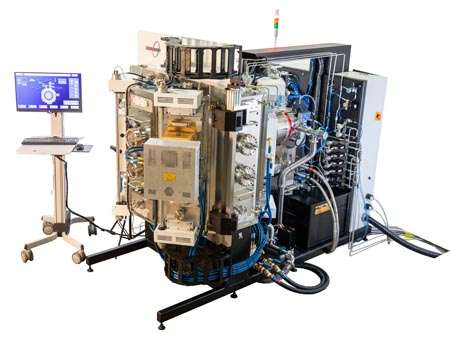 Plasma sources have been used for etching, ion assisted deposition and PECVD for many years. However, most sources work for one or two but not all of the processes mentioned above. In addition, the scalability of traditional sources is limited due to the physics of their operation and physical construction.

Dielectric materials can be deposited at high rates from gas precursors for applications such as optical coatings (SiO2, TiO2) as well as the deposition of amorphous silicon and DLC Coatings.

Operating over a wide range of pressures (10e-4 to 10e-2 mbar), the SC8600 Series can be run either at low energy (15 eV) or higher energies depending on the process requirements. As the unit has essentially no internal parts to “wear,” they are easy to maintain and incredibly robust for long term production campaigns.

Matt Hughes is President of Semicore Equipment Inc, a leading worldwide Thin Film Deposition Equipment Manufacturer. Semicore’s SC8600 Series can be used for both PECVD and PVD applications in the electronics, solar energy, medical, optical, automotive, and related high-tech industries. Let our helpful support staff answer any questions you have on how to implement the best techniques and equipment for your specific needs by contacting us at sales@semicore.com or by calling 925-373-8201.

What is Chemical Vapor Deposition or CVD?

Pre-cleaning of substrates before PVD coating is an essential first step of surface preparation for thin film deposition by removing contaminants such as oxides, hydrocarbons and water molecules, and to make for good adhesion of deposition layers and be certain the coatings perform defect free. One critical reason for pre-cleaning just prior to deposition is to remove the native organics (primarily oxidation) that form a barrier layer…. Read More

High Power Impulse Magnetron Sputtering or HIPIMS utilizes a very high voltage, short duration burst of energy focused on the target coating material to generate a high density plasma vapor that results in a high degree of ionization of the coating material in the plasma…. Read More