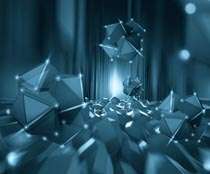 Diamond-Like Carbon (DLC) is a type of amorphous carbon material that exhibits some of the properties of diamonds like extreme hardness, together with low friction that is a characteristic of graphite, along with a strong resistance to corrosion. Amorphous in this instance means an irregular mixture of both graphite and diamond forms of carbon without a consistent crystalline bonding structure, but with an irregular mixture of carbon cubic and hexagonal bonding that is not naturally occurring.

Carbon is tetravalent, meaning it has four electrons for bonding with other atoms. Graphite, like pencil lead which is relatively soft, forms bonds with three of these electrons that results in a two-dimensional plane of hexagonal shapes.

These sp2 carbon bonded layers are strong, but when more layers are added one on top of the other, these bonds are weaker and tend to break into sheets sliding past each other, which is what makes graphite pencil lead so soft. These two-dimensional hexagonal sheets are known as graphene. 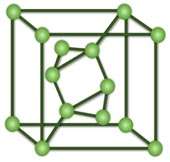 By comparison, diamond bonds with all four of carbon’s electrons to form a three-dimensional tetrahedral shape via sp3bonding. This allows for very strong carbon bonds that can be densely packed to form one of the hardest natural materials on earth.

Because DLC has no long-range order to the atomic bonds, it is both hard as well as relatively flexible, and cannot be fractured, giving it extreme toughness for high performance in harsh environments. 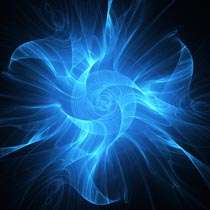 Tribology is the study of friction, wear and lubrication. It’s the science of moving interacting surfaces. DLC has a vast number of practical applications where the primary consideration is tribological performance, making it the coating of choice for many industries.

DLC exists in seven forms that are defined by the ratio of sp2 and sp3 carbon bonds and the addition of hydrogen or other elements to the mix, known as doping agents. These doping agents make it possible to alter the color, hardness, density, wear resistance, or alter electrical conductivity by adding silicon or metals.

How Hard is Diamond-Like Carbon?

Depending upon which of the seven forms of DLC is applied, it is as hard or even harder than natural diamonds. It is so hard it can pass the scratch test of being able to scratch diamonds. DLC commonly measures between 5000-9000HV on the Vickers hardness test. Other types range from 1000-4000HV, conveying a hardness with DLC coatings that can apply some of the properties of diamonds to the surface of many common materials.

What is Diamond-Like Carbon used for? 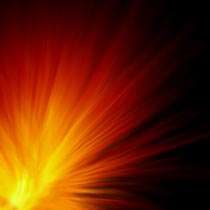 DLC’s low coefficient of friction and resistance to wear and abrasion makes it a highly durable coating used for the engine components of most high-performance automobiles today.

Engines made with DLC coated parts, such as high-pressure diesel injection systems, tappets, and piston pins, increase horsepower to a surprising degree by reducing friction, decreasing fuel consumption, and prolonging the lifespan of components. Other applications which take advantage of DLC’s toughness and durability include machine tools, aerospace parts and high-end watches.

DLC’s stable chemical inertness does not react with acids or alkaline. This gives it remarkable resistance to oxidation, weather and corrosion.

The chemical inertness of DLC also enables it to be widely used for its biocompatibility with medical implants and stents. DLC has no adverse effects on cellular metabolism that it is in contact with. Nor does it induce inflammatory reactions in cells surrounding hip or knee implants. DLC joint implants allow bone to grow on its surface.

Most multi-bladed razors used for wet shaving today have their cutting edges coated with DLC for a smooth shave that reduces friction and abrasion to the skin. DLC is an environmentally friendly coating material that promotes sustainability by creating products engineered to last. It has been shown to increase the lifespan of some tools by a factor of 10.

How is Diamond-Like Carbon Made?

DLC can be produced using a variety of thin film deposition techniques including Magnetron PVD Sputtering, Plasma Enhanced Chemical Vapor Deposition (PECVD), Ion-Beam Assisted Deposition (IBAD), Cathodic Arc Deposition (CAD) and Pulsed Laser Deposition (PLD). What all of these processes have in common is a vacuum environment where high energy precursive carbon atoms are cooled rapidly when they come into contact with the substrate surface.

In nature, carbon only bonds in the hexagonal graphite under low pressure, or as cubic diamond bonding under extreme pressure that is usually found deep in the earth’s crust.

In the high energy plasma states created in a thin film deposition chamber, both of these different types of carbon bonding are formed intermixed. When they cool and solidify quickly on the substrate surface, there is not enough time for long consistent molecular chains to grow. This results in an amorphous mixture of both types of carbon crystalline structures that is not found in nature, combining the hardness of diamonds with the lubricity and durability of graphite that doesn’t fracture along brittle fault lines.

Matt Hughes is President of Semicore Equipment Inc, a leading thin film equipment manufacturer. Semicore’s SC8600 Series can be used for both PVD and PECVD applications in the electronics, solar energy, optical, automotive, medical, and related high-tech industries. Let our helpful support staff answer any questions you have on how to implement the best techniques and equipment for your specific needs by contacting us at sales@semicore.com or by calling 925-373-8201.

Pre-cleaning of substrates before PVD coating is an essential first step of surface preparation for thin film deposition by removing contaminants such as oxides, hydrocarbons and water molecules, and to make for good adhesion of deposition layers and be certain the coatings perform defect free. One critical reason for pre-cleaning just prior to deposition is to remove the native organics (primarily oxidation) that form a barrier layer… Read More