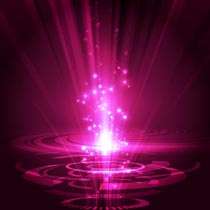 Ion Beam Assisted Deposition (IBAD) is a thin film deposition technique that can be used with either sputtering or thermal evaporation processes for the highest quality films with excellent process control and precision.

What defines IBAD is the simultaneously direct bombardment of a substrate with an ion beam at the same time as a physical vapor deposition coating (PVD) is being applied in a high vacuum environment. This enables the ion bombardment parameters to be able to be controlled completely separately from the other deposition parameters for maximum process control. 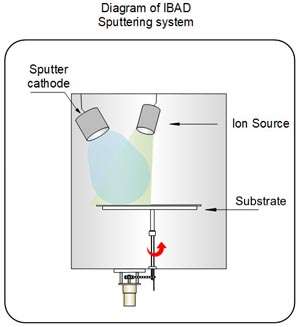 The ion beam modifies the properties of the films being grown in two ways. It adds energy to the outermost atomic layers as the films are being formed that can influence the hardness, density, and surface morphology of the microstructures for better bonding and adhesion. The ion beam can also react with vapor deposited atoms or background reactive gases to form new compounds.

Whether the ion beam is being applied with a sputtering process or an electron beam evaporative process, the basic setup is a broad beam ion source that ionizes source materials that may be a gas, an evaporated or sputtered solid, or a liquid. Ion optics then focuses and accelerates the ion beam with high voltage or magnetic fields into the target material or evaporate stream which is deposited onto the substrate.

What is Ion Beam Assisted Deposition Used For? 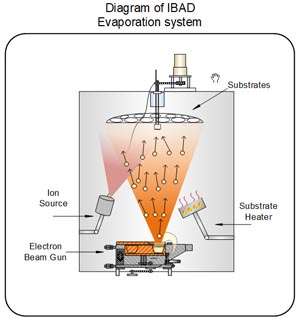 IBAD is widely used for top quality optical coatings that require very precise tuning of the reflective index with the density of the films.

IBAD is capable of depositing many types of ceramic and metallic coatings such as gold, silver or platinum that are used for biocompatibility with medical implants. Silver coatings can be created that produce antimicrobial surfaces for implants.

Ceramic coatings such as silicon dioxide, titanium nitride, aluminum oxide and aluminum nitride are primarily used for enhancing wear and durability. IBAD can also be used to create Diamond-like Carbon (DLC) coatings, that are some of the hardest materials on earth.

What are the Advantages of Ion Beam Assisted Deposition over Conventional Sputtering or Thermal Evaporation Techniques?

Bombarding a growing film with an ion beam greatly enhances a number of critical performance factors including density, hardness and adhesion with greater control of surface texture and microstructures. Although the ion beam only barely penetrates the top surface atoms of a growing film, the ions released by the ion beam makes films that are denser as a result of a more compact arrangement of the crystallite being formed. 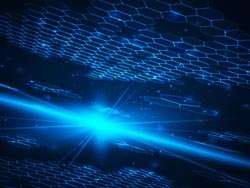 Compared to more conventional deposition techniques where columnar growth in thin films can result in voids in the microstructures between columns, this denser film formation gives IBAD better mechanical durability and environmental stability, being resistant to moisture and weathering.

It also results in lower scatter of deposition materials that can be a significant expense with metallic coatings such as silver, gold or platinum.

Ion bombardment can also be used for substrate pre-cleaning and etching for intermixing coating and substrate atoms. This can be useful to help create a more gradual transition between the substrate and coating for greater durability and stronger more stress-free bonding.

Substrate temperature can range between 15°C and 300°C during deposition with IBAD. Because it can be performed at lower temperatures than other thin film deposition techniques, IBAD can be used on more temperature-sensitive materials such as plastics or polycarbonate lenses.

IBAD can be a slower and more expensive deposition technique compared to conventional PVD processes, but produces the highest quality precision films. It is a deposition process that can be automated with very high batch uniformity, reducing operator supervision time needed to deliver top quality films.

IBAD is the thin film deposition process of choice for many applications that require precise deposition thickness and high levels of control of film properties such as density, bonding and durability.

Matt Hughes is President of Semicore Equipment Inc., a leading worldwide PVD Equipment Manufacturer for the electronics, solar energy, medical, optical, automotive and related high-tech industries. Let our helpful support staff answer any questions you have on how to implement the best techniques and equipment for your specific needs by contacting us at sales@semicore.com or by calling 925-373-8201.

Diamond-Like Carbon (DLC) is a type of amorphous carbon material that exhibits some of the properties of diamonds like extreme hardness, together with low friction that is a characteristic of graphite, along with a strong resistance to corrosion… Read More